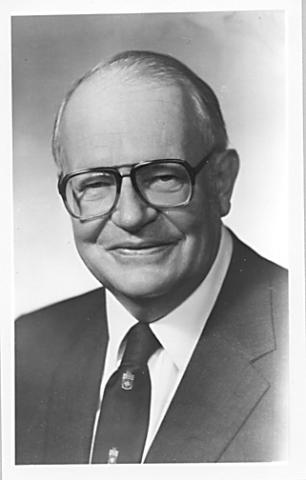 Donald Theall, born in Mount Vernon, New York, took his B.A. from Yale University in 1950, and his M.A. and Ph.D. from the University of Toronto in 1951 and 1954. He rose through the ranks from Lecturer to Professor at Toronto from 1953 to 1965, being Chairman of the Combined Departments of English there in his final year. In 1962 he edited and annotated selected poems of Pope for the last print edition of Representative Poetry.

After becoming Chairman and Molson Professor, Department of English, McGill University from 1966 to 1973, and then Founding Director and Molson Professor, Graduate Program in Communications, from 1974 to 1980, Theall joined Trent University in Peterborough as President and Vice-Chancellor from 1980 to 1987, University Professor from 1987 to 1994, and University Professor Emeritus from 1994. During this period he served on the Board of Directors, International Communication Association (1979-81), as Founding President, Canadian Communication Association (1978-80), as First Cultural Exchange Professor, Canada to the People's Republic of China (1974), and as Co-Director, National Film Board of Canada/McGlll University Summer School on Media (1967-71).

He has published widely on communication theory, Marshall McLuhan, poetic theory, James Joyce, T. S. Eliot, Wyndham Lewis, Science Fiction, Film Theory, Alexander Pope, satire, Harold Innis, virtual reality (VR), and Cyberspace, including "Beyond the Orality/Literacy Dichotomy: James Joyce and the Pre-history of Cyberspace" in Postmodern Culture (1992). His recent books include The Virtual Marshall McLuhan (McGill-Queen's University Press, 2001), James Joyce's Techno-Poetics (University of Toronto Press, 1997), Beyond the Word: Reconstructing Sense in the Joyce Era of Technology, Culture, and Communication (1995). He has also guest-edited a Special McLuhan issue of the Canadian Journal of Communications in 1975 with G. J. Robinson and has published The Medium is the Rear View Mirror: Understanding McLuhan (McGill-Queen's University Press, 1971).

A pioneer in computing in the humanities, Donald Theall has made an extraordinary contribution to literature on-line with his Web version of James Joyce's Finnegans Wake and Ulysses.

In 1950 he married Joan Ada Benedict, and they have six children: Thomas, Margaret, John, Harold, Lawrence, and Michael. Donald Theall now lives, swims, and goes to plays and films in Peterborough, Ontario.